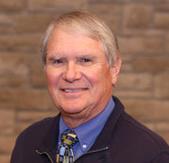 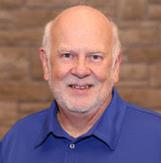 Bernie was raised in North Dakota and participated in music at a young age. In 1966, as percussion section leader, he toured with the International Music Camp World Tour Band that received a Gold Medal at the World Music Contest in Kerkrade, Holland.

Mr. Fiedler then took a twenty-year hiatus from music. During that time he concentrated on the Army National Guard and furthering his career in the trust and investment business. ​​While always involved in sacred music, Mr. Fiedler returned to the secular music world as Assistant Director with the Project Create Percussion Ensemble in the 1990’s. Since then he has participated in numerous community groups throughout the state of WI and is currently an Advisor to the Wisconsin School Music Association and its Foundation.

​In his spare time he plays electric bass with Dreamer www.dreamerboyz.com and enjoys fast cars, his nine grandchildren and he and his wife Margaret’s escape home on the Wisconsin river in the Dells.

Mr. Groubert was raised in East Liverpool, Ohio.  He received both his Bachelor in Music Education Degree and his Master Degree from the Dana School of Music at Youngstown State University.  He has only to complete his thesis to acquire his PhD in Music with an emphasis in Music Therapy/Psychology from Kent State University.

While in Ohio, Mr. Groubert taught at Beaver Local High School, Cardinal Mooney High School and Brookfield High School.  His bands were always competitive in marching band, concert band, and jazz ensemble.  He is particularly proud of his Brookfield Jazz Ensemble which rated #1 in state competition, Division I.

After moving to Wisconsin in 1987, Mr. Groubert left the teaching profession, and began a new career as a Technical Sales Manager with DuBois Chemical Company and later, Chemetall a division of BASF.  Music was still a great love of his, and Mr.  Groubert is the founder of Gracenotes Orchestra.  Over the past decade and a half, Gracenotes has grown and developed under his leadership from a brass ensemble of six, to the orchestra of today.

Mr. Groubert enjoys working with the Mukwonago Village Players as pit orchestra conductor, and player.  He also plays trumpet with the East Troy Community Band and volunteers his services as player/conductor/singer in a multitude of areas throughout the community.  Recently retired, when he’s not in the band room, you might find him on the golf course, or out on his fishing boat.  He greatly enjoys his 4 grandchildren and traveling the world with his wife, Nancy.  Now that he is retired, he plans to spend time in his workshop, woodworking and welding.

Michael Poytinger, raised in Milwaukee, Wisconsin, earned a Bachelor of Fine Arts Degree with Music Certification and a Master Degree in Music Education from the University of Wisconsin Milwaukee.

While still an undergraduate he founded the Milwaukee Area Youth Band, which achieved the distinction of American Legion Junior Band National Champions in
1972.

During his 33 years with the School District of Waukesha, he held band director positions at all three Waukesha high schools. In 1984 he was appointed K-12 Music Department Chairman, a position he held until his retirement in 2004.

Mr. Poytinger plays professionally and volunteers around the community, enjoys his five grandchildren and travels with his wife, Debbie of 49 years. He is a book collector of 20 th and 21 st century signed first editions, plays golf, and of course loves music.